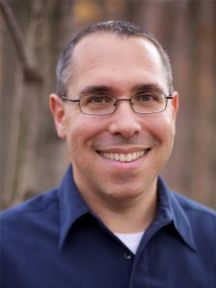 (b.1969) Composer, conductor, clinician, and teacher Chris M. Bernotas brings a fresh perspective to the world of music education. His music has been performed at the Midwest Clinic and has appeared on J.W. Pepper's Editor's Choice list and numerous state lists.

Mr. Bernotas holds a BM from William Paterson University and a MAT from Marygrove College. As an instrumental music teacher at Mountain Lakes High School for more than 20 years in New Jersey, he conducts the wind ensemble, concert band, pep band, jazz band, and pit orchestra.

Mr. Bernotas has written and arranged music for many drum corps and marching bands throughout the United States, including the University of Maryland’s ‘Mighty Sound of Maryland’ Marching Band. He also adjudicates for marching band competitions and festivals nationwide. In addition to accepting commissions, Mr. Bernotas is an active guest conductor and presenter at clinics and conferences throughout the United States.

His professional affiliations include MENC, ASCAP, NBA, and NJMEA. Mr.Bernotas resides in New Jersey with his wife Cristina and 3 kids.