The Carl Fischer Music catalog is made up of a large and diverse selection of music, musical literature, and pedagogy from premiere composers of the past and present. Our publications cross multiple genres, from Concert Music to Jazz, Classics to Popular and Choral while representing instrumental categories such as concert band, orchestra, piano, vocal, string, fretted instruments, brass, woodwind and percussion. Carl Fischer Music publications are available for purchase at over 2,000 retailers worldwide. 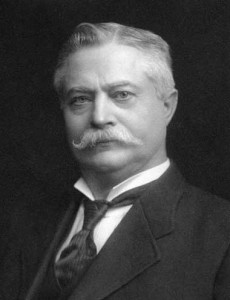 In 1872, Carl Fischer (1849-1923) opened his musical instrument repair shop in the East Village neighborhood of New York City. He supplied musicians with sheet music and instruments from Europe; meanwhile supplementing his income with professional engagements as a violinist in several orchestras and bands throughout the city. Fischer’s experiences as a musician made him particularly aware of the lack of printed music available for the many odd-sized orchestras and bands that existed at the time. He first reproduced his arrangements in longhand with permission, and later adopted the lithographic process. By adding an engraver and an arranger to his staff, Fischer had officially entered the music publishing business. 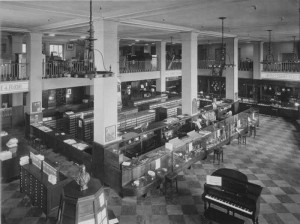 In 1924, Carl Fischer Music was invited to be a member of ASCAP, adding the company’s publications to a respected network of artists and composers. The company continued to grow, necessitating the building of Carl Fischer’s new headquarters in 1926, located in Cooper Square, Manhattan. This building housed administrative offices and a sprawling retail store 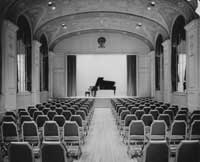 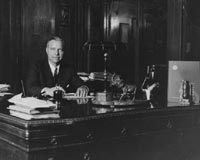 Walter S. Fischer succeeded his father as president of Carl Fischer Music, and in 1939, his son-in-law, Frank Hayden Connor became his assistant. Frank Hayden Connor became the president of the company and opened Carl Fischer’s second retail location, which also housed a beautiful concert hall in midtown Manhattan, opposite Carnegie Hall. This five-story building was the largest music store in New York City until it was sold in 1959.

In 2004, Carl Fischer Music joined forces with Theodore Presser Company under common ownership, sharing rental and warehousing functions, while maintaining separate identities and publishing schedules. Carl Fischer Music led the industry in developing free educational resources for school music directors and transitioning from paper-based mailings to digital-only packages detailing yearly new releases of band, orchestra, and choral music. In 2013 the Carl Fischer Music administrative offices moved to 48 Wall Street, helping to revitalize downtown New York City.
Carl Fischer Music celebrated its 145th anniversary in 2017, looking back fondly on its origins as an instrument repair shop on East 4th Street in Manhattan. Well over a hundred years later, we continue to publish new educational and concert music for every instrument and voicing. We are honored to lead the industry into this era of new technology and business practices, and humbly thank composers, retailers, educators, and instrumentalists for being part of our rich history.