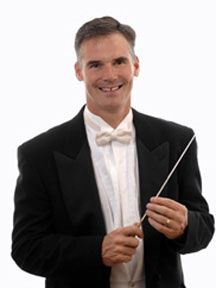 Brant Karrick (b. 1960) joined the faculty of Northern Kentucky University in the fall of 2003 as Director of Bands. His prior teaching experience includes nine years at the University of Toledo and seven years of public school teaching in Kentucky. At NKU, he administrates the entire band program including the Symphonic Winds, the Concert Band and the Norse Pep Band. He also teaches classes in conducting, music education, marching band techniques, and orchestration.

In addition to his responsibilities at NKU, Dr. Karrick is active as a guest conductor, adjudicator, clinician, composer, and music arranger. His band compositions have been performed around the country, in Europe, South Africa, Japan and Australia. In the fall of 1991, Karrick entered the Ph. D. program in music education at Louisiana State University, completing the degree in 1994. His prior education includes a Bachelor of Music Education from the University of Louisville which he completed in 1982, and a Master of Arts in education from Western Kentucky University, completed in 1984. Dr. Karrick's musical life has been influenced by many individuals. He studied trumpet with Leon Rapier, music education with Cornelia Yarborough, and conducting with Frank Wickes. His primary composition teachers were David Livingston, Steve Beck, and Cecil Karrick. His professional affiliations include: NAFME, the Kentucky Music Educators Association, Phi Beta Mu, ASCAP, and the College Band Directors National Association. He is a native of Bowling Green, KY and has four children, Connor, Molly, Ross and Natalie.