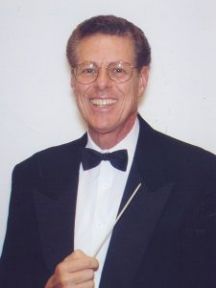 Dr. Caputo is a free-lance trombonist in the south Florida area. Most recently, he was the trombone instructor at Florida Atlantic University, in Boca Raton, and adjunct professor in music appreciation at Palm Beach State University. He conducted the symphonic band at Palm Beach Atlantic University during the '08-09 school year. Prior to this, he instructed elementary string students for the Fairfax County Public Schools in Northern Virginia and was a former adjunct advisor in Music Education at The Catholic University of America, in Washington, D. C.

He has formed a two professional jazz string orchestras: The Washington Jazz String Project, that performed at the Kennedy Center in the spring of 2002, and the New York Jazz All-Star Swingin' Strings. He has recently presented workshops at the Maryland Music Educators Conference, MENC Eastern Division, The Midwest Clinic, The American String Teachers Association, and Virginia Music Educators In-Service Conference.

He has been an adjunct professor on the campus of Montgomery College in Rockville, Maryland, where he conducted the college community band, brass band, and jazz ensemble, served as the trombone studio teacher, and taught Music Fundamentals to non-music majors. He has taught graduate music education courses and the jazz ensemble at The Catholic University of America. He is a frequent guest conductor, having conducted all-county jazz and concert bands for Carroll, Ann Arundel, and Charles Counties in Maryland. His work in the public schools spans elementary to high school where he has taught band, orchestra, jazz ensembles, as well as theory, music history and literature, electronic music, and guitar. He was the music supervisor for the Montgomery County Public Schools in Rockville, Maryland from 1983 through May 1999.

While in Washington, D.C., he performed for Natalie Cole and a variety of artists and Broadway shows at the National Theater, Warner Theater, and Wolf Trap. He was a member of the Beethoven Pops and Washington Civic Opera Orchestras. He toured with Larry Elgart and the Frankie Carle orchestra and served with the U. S. Army Band of Ft. Meyer, VA from 1967-70. He is a regular adjudicator at concert and jazz band festivals throughout the state of Maryland and at major theme parks on the east coast. He has served as vice-president of the Maryland Chapter of the International Association of Jazz Educators from 1984-1995

Dr. Caputo has earned degrees from The Catholic University of America, the Manhattan School of Music, and the State University College, Potsdam, NY. His trombone studies were with Edward Herman, of the New York Philharmonic, Roger Smith, of the Metropolitan Opera, and John Marcellus, of the National Symphony Orchestra. He has studied arranging with Hank Levy, Towson State University, and Dr. Sandy Feldstein, past president of Carl Fisher Music of NY.