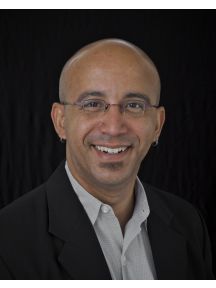 Originally from Rio de Janeiro (Brazil), Daniel R. Afonso Jr. is professor of music and Coordinator of Vocal and Choral Studies at California State University, Stanislaus. He received a degree in Educação Artística from the Universidade do Rio de Janeiro (UNI-Rio), a M.M. degree in Choral Conducting from the University of Missouri-Kansas City, and a D.M.A. degree in Choral Conducting and Pedagogy from the University of Iowa. He is also the founding director of the Modesto Symphony Orchestra Chorus and has since 2001 prepared several choral masterworks with the ensemble. He has performed with choral groups in Brazil, U.S., and Europe, and has previously taught music at the Conservatório Brasileiro de Música, Universidade do Rio de Janeiro (UNI-Rio), and Doane College.

Dr. Afonso is a composer, arranger, and editor of choral music and has written works for the Los Angeles Children’s Choir, the Gay Men’s Chorus of Los Angeles, the San Francisco Choral Artists, the Modesto Symphony Orchestra and Chorus, and others. He is widely recognized for his research and performance of Brazilian choral music and continues to frequently present workshops and lectures about the Latin American choral repertoire in the US and abroad.