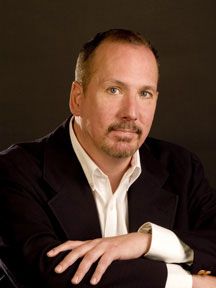 Born on March 13, 1952 in Ventura, California, David Carlson has composed successfully in many genres including orchestral music, chamber music and opera. His works have been performed by some of the country's leading orchestras and chamber ensembles. The recipient of a number of awards and honors, he has received grants from Meet the Composer and commissions from Chamber Music America, the a cappella vocal group Chanticleer and opera companies in New York, Utah, California, Missouri and Florida. In 1995 he was given an Academy Award in composition by the American Academy of Arts and Letters. He has recently been commissioned to compose a large orchestral work for the ambitious Magnum Opus project, and Anna Karenina, a large-scale, full-length opera - his fourth - commissioned to a libretto by Colin Graham to celebrate the opening of the new Miami Opera House, debuted there in April, 2007, and had a second run of performances by co-commissioner Opera Theatre of St. Louis, in June of 2007.

Carlson's operas have received international acclaim and numerous performances. The Midnight Angel, with a libretto by Peter S. Beagle, received its premiere in 1993 by the Opera Theatre of St. Louis. It was subsequently staged by Glimmerglass Opera and the Sacramento Opera, who, along with Opera Theatre of St. Louis, had co-commissioned it. In the fall of 2007, The Skylight in Milwaukee, Wisconsin presented a run of ten performance of The Midnight Angel, in a reduced orchestration for 21 players.

Carlson's next opera, Dreamkeepers, commissioned by the Utah Opera in 1996 in celebration of the state's centennial, is a story about the Ute Indians, with a libretto by Aden Ross. It premiered in 1996 and was revised in 1998 for a production by the Tulsa Opera. Dreamkeepers was featured at the International Theater Institute's 1998 conference in Germany, the only opera chosen to represent the United States. Carlson has adapted material from Dreamkeepers into two orchestral works, Symphonic Sequences and Bear Dance on Ute Indian Rhythms. Bear Dance was tremendously successful in a series of children's concert performances conducted by Emil de Cou with the San Francisco Symphony and the National Symphony, as well as in a performance by the Boston University Orchestra at Tanglewood, conducted by Leif Bjaland.

Among Carlson's other orchestral works, Rhapsodies, which was first performed in 1987 as part of the San Francisco Symphony's acclaimed New and Unusual Music Series, has since been performed by many ensembles including the Philadelphia Orchestra, the National Symphony and the BBC Orchestra. Under Music Director Herbert Blomstedt, the San Francisco Symphony repeated the work several times in its Davies Symphony Hall subscription programs and featured it on its 1990 West Coast tour. Cello Concerto No. 2, for fifteen strings and cello (a hybrid of chamber music and orchestral concerto form), was commissioned and premiered by the New Century Chamber Orchestra. Carlson's Cello Concerto No. 1 was the winner of the Santa Fe Symphony's national New Music Competition and is featured on his first orchestral recording. Carlson's Quixotic Variations won the Omaha Symphony's International New Music Competition in 1979. His Violin Concerto was commissioned by San Francisco's Artea Chamber Orchestra. The San Francisco Symphony commissioned a work for large orchestra, Twilight Night, which was premiered by the San Francisco Symphony Youth Orchestra under Leif Bjaland in 1989. Twilight Night has since been performed by several American orchestras, including the Atlanta Symphony under Yoel Levi and the Chicago Civic Orchestra under Daniel Barenboim. His Quantumsymphony was commissioned jointly by the Florida West Coast Symphony and the Waterbury Symphony in Connecticut, and premiered by both orchestras in 2001, conducted each time by Leif Bjaland.

Carlson's other important works include Nocturno for cello and eight-part male ensemble, commissioned by the acclaimed vocal group Chanticleer and premiered by them in 1990 with Emil Miland as solo cellist (an expanded version for mixed chorus and orchestra was performed by the Santa Fe Symphony and Chorus in 1991) and Constellations, a cantata commissioned by Glimmerglass Opera for its 25th anniversary and premiered in 2000. Carlson was also one of a select group of composers commissioned by Glimmerglass to provide a Fanfare to be played in rotation for the openings of the operas. One of Carlson's chamber works, Quantum Quartet, for clarinet, viola, cello and piano, was commissioned by Meet the Composer and premiered at the Park City International Music Festival in 1999. He composed his second commission from Meet the Composer, Absolute Music, for the San Francisco Saxophone Quartet. His Cello Sonata was commissioned by Chamber Music America. A substantial work for viola and piano, True Divided Light, was premiered by San Francisco Symphony principal violist Geraldine Walther in May of 2005.