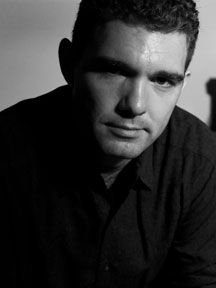 DREW COLLINS (b. 1975) is a choral conductor, composer, and educator. He is Director of Choral Activities for Central Connecticut State University. Prior to this appointment, he was on the faculties of Wright State University (OH) and Augustana College (IL), conducted the University of Cincinnati Men's Chorus, and taught in the public schools.

Dr. Collins holds degrees from University of Cincinnati College-Conservatory of Music (CCM), Boston University, and Concordia College. He has studied under René Clausen, Daniel Moe, Ann Howard-Jones, and Earl Rivers. He was named a conducting Fellow by Chorus America, and has masterclassed under four Grammy nominees.

A proponent of the music of today, he has served as editorial consultant to four publishing companies (two of these as Senior Choral Editor), as an octavo reviewer for Choral Journal, and for seven years as repertoire forum editor of Choral Director. He contributed to the most recent volume of Teaching Music Through Performance in Choir. He has produced and conducted recording sessions for several publishing companies.

He has presented at conventions at the state and national levels. He currently serves as Youth & Student Activities Repertoire & Standards Co-Chair for the Connecticut chapter of American Choral Directors Association, and is a certified adjudicator for Connecticut Music Educators Association. He is in demand as a festival conductor and clinician. He has conducted All State choirs, toured domestically and internationally, led four professional-level adult ensembles, and headlined in Carnegie Hall.

A Minnesota native, Collins now lives in Middletown, CT with his wife and son.