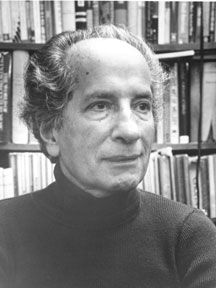 Elie Siegmeister's music speaks in a lyrical and communicative voice. Uniting architectural strength and dramatic intensity, the composer's style ranges from clear tonality to complex music textures, often weaving jazz and folk elements into broad formal designs. In a citation by the American Institute of Arts and Letters, the composer's work was described as “always highly charged, admirably crafted, and deeply rooted in the life of the people as well as in his profound emotional experience.

Siegmeister's wide range of creativeness embraces symphonies, operas, chamber music, songs, compositions for piano, band, and solo instruments as well as scores for Broadway, the ballet, and Hollywood film. His thirty seven orchestral works have been performed by leading orchestras throughout the world under such conductors as Toscanini, Stokowski, Mitropoulos, Maazel, and Comissiona, and his eight operas presented in France, Belgium, Canada, and across the United States.

In addition to composing, Siegmeister has made many important contributions to American musical life as writer, conductor, teacher, and tireless protagonist of the American composer. In 1937 he was a founder of the American Composer's Alliance. In 1939 he organized and for eight years conducted the American Ballad Singers who were pioneers in the folk music renaissance. Between 1960 and 1965 he served as vice-president of the American Music Center, and 1966-1976 was composer-in-residence at Hofstra University. In 1971 he established and became chairman of the Council of Creative Artists, Libraries, and Museums, to restore tax equity to the artist. In 1978, the composer initiated the Kennedy Center's National Black Music Competition, and in 1977 was elected to the Board of Directors of ASCAP, of whose Symphony and Concert Committee he was also chairman.

Equally adept with words as with notes, Elie Siegmeister has written a number of important books on music, among them the classic Treasury of American Song, The New Music Lover's Handbook, and the two-volume Harmony and Melody which serves as a standard text in many colleges and conservatories. Among his awards and commissions have been those of the Guggenheim, Ford and Elizabeth Sprague Coolidge Foundations, the American Institute of Arts and Letters, the Library of Congress, the National Endowment for the Arts, ASCAP, the USIA and the Baltimore and Shreveport Symphonies.

Siegmeister's compositions often reflect the color and spirit of the American scene. A number of these works, among them Ozark Set, Sing Out, Sweet Land, Western Suite, and The Strange Funeral in Braddock, as well as some of the composer's more abstract music - his Third Symphony, String Quartets nos. 2 and 3, five Violin and Piano sonatas, and the Sextet for Brass and Percussion - have been recorded on RCA Victor, Columbia, Decca, Vox Turnabout, CRI, Orion, Gasparo, and other labels.