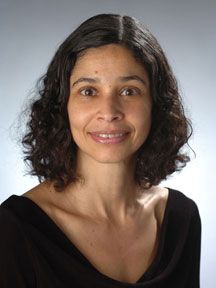 Elisa Dekaney has been an active researcher, clinician, and choral conductor in the United States and abroad. Her scholarly research has been published in the Journal of Research in Music Education, The Choral Journal, International Education, Music Educators Journal, Update: Applications of Research in Music Education, Contributions to Music Education, and Psicologia: Teoria e Prática. From 2004 to 2009 Elisa served as Repertoire and Standards Chair for Ethnic and Multicultural Music for the New York State American Choral Directors Association. Currently, she is chair of the Music Educators National Conference Special Research Interest Group in Learning and Development. Her book “Travel On and On: Interdisciplinary Lessons on the Music of World Cultures” was published in 2010 by Rowman and Littlefield Education and MENC.

Elisa Dekaney was the recipient of the 2006 Paul and Veronica Abel Award for Outstanding Contribution to the Art of Choral Performance awarded by the Civic Morning Musicals and of the 2007 Outstanding Faculty Award presented by the College of Visual and Performing Arts at Syracuse University. Recently, Elisa Dekaney was honored as one of the participants of the 2011 Curt C. & Else Silberman Seminar for University Faculty sponsored by Center for Advanced Holocaust Studies at the United States Holocaust Memorial Museum in Washington, D.C.