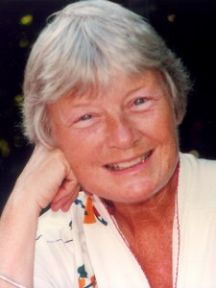 Emma Lou Diemer was born in Kansas City, Missouri, on November 24, 1927 to George Willis Diemer, an educator and college president, and Myrtle Casebolt Diemer, a church worker and homemaker. Diemer played the piano and composed at a very early age and became organist in her church at age 13. Her great interest in composing music continued through College High School in Warrensburg, MO, and she majored in composition at the Yale Music School (BM, 1949; MM, 1950) and at the Eastman School of Music (Ph.D, 1960). She studied in Brussels, Belgium on a Fulbright Scholarship and spent two summers of composition study at the Berkshire Music Center.

Diemer taught in several colleges and was organist at several churches in the Kansas City area during the 1950s. From 1959-61 she was composer-in-residence in the Arlington, VA schools under the Ford Foundation Young Composers Project, and composed many choral and instrumental works for the schools, a number of which are still in publication. She was consultant for the MENC Contemporary Music Project before joining the faculty of the University of Maryland where she taught composition and theory from 1965-70. In 1971 she moved from the East Coast to teach composition and theory at the University of California, Santa Barbara where she was instrumental in founding the electronic/computer music program. In 1991 she became Professor Emeritus at UCSB.

Through the years she has fulfilled many commissions (orchestral, chamber ensemble, keyboard, choral, vocal) from schools, churches, and professional organizations. She has received awards from Yale University (Certificate of Merit), The Eastman School of Music (Edward Benjamin Award), the National Endowment for the Arts (electronic music project), Mu Phi Epsilon (Certificate of Merit), the Kennedy Center Friedheim Awards (for piano concerto), the American Guild of Organists (Composer of the Year), the American Society of Composers, Authors, and Publishers/ASCAP (annually since 1962 for performances and publications), the Santa Barbara Symphony (composer-in-residence, 1990-92), the University of Central Missouri (honorary doctorate), and many others.

She is an active keyboard performer (piano, organ, harpsichord, synthesizer), and in the last few years has given concerts of her own music at Washington National Cathedral, St. Mary's Cathedral and Grace Cathedral in San Francisco, Cathedral of Our Lady of the Angels in Los Angeles, and elsewhere.

In 2012 she wrote two works for violinist Philip Ficsor including Concerto for Violin (A Little Parlour Music, Remembrance of Things Past, Santa Barbara Rag) and a light piece for violin and organ titled Holiday Madness Medley. Concerto for Violin premiered with the Westmont College Orchestra under Michael Shasberger at the Music Academy of the West in Santa Barbara, while Diemer herself premiered Holiday Madness Medley with Ficsor at the SB Music Club at First Congregational Church.