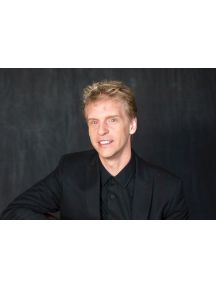 Guitarist Eric B. Davis is a busy New York freelance musician in genres ranging from classical to musical theater to commercial.  He graduated from The Juilliard School with the first class of guitarists to ever attend where he earned a Master’s Degree and also studied composition. Eric's major teachers include Sharon Isbin, Michael Lorimer, David Tanenbaum and Aaron Shearer.

Eric has performed both solo recitals and chamber music throughout the United States. In New York he has played in concerts with the New York Philharmonic and Orchestra of St. Luke’s, performed at Weill Hall in concerts of Brazilian music, Merkin Hall with members of the Manhattan Chamber Orchestra, Alice Tully Hall with the Partch ensemble and the Juilliard Opera Center orchestra under the direction of Julius Rudel. Eric also performed at Lincoln Center’s ‘Focus’ festival, and performed in the United States premiere of Toru Takemitsu’s chamber work Valeria. As an advocate of new music, he has commissioned works from American composer Eric Funk and German composer Christian Jost (Berlin Philharmonic). Internationally he has performed recitals and as soloist with orchestra in Germany, Italy, Spain, Venezuela, and Brazil.

Eric is equally at home with theater and pop/rock styles. He has recorded and/or performed with numerous Broadway stars including Aaron Tveit, Laura Osnes, Jeremy Jordan, Alfie Boe, Jason Danieley, Robert Creighton, Brooke Shields, Alice Ripley among others. He also tours regularly as part of Kristin Chenoweth’s quintet.  Eric’s arranging credits include Jason Danieley and Alfie Boe.  Eric has played on over a dozen Broadway shows and has held the regular guitar chairs on Broadway's Next to Normal, Anything Goes (2011), Ghost the Musical, Matilda the Musical, Kristin Chenoweth: My Love Letter to Broadway, Groundhog Day, and The Prom on Broadway.  Eric taught string orchestra for 7 years on Long Island, New York, and is currently an adjunct professor at the Aaron Copland School of Music at Queens College.