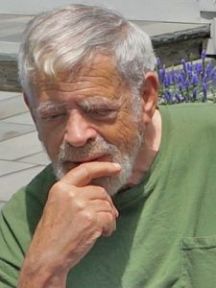 American composer Frederic Sharaf (ASCAP) is a writer of contemporary classical chamber music, art songs and love ballads. "Three Settings from Imitations by Robert Lowell" was premiered by his late wife, Jane, a mezzo-soprano. His art songs, the Lowell Settings and "The Anniversary", a setting of the poem by the Elizabethan poet, John Donne, have been published by Carl Fischer, Inc.

Also included in the Carl Fischer catalogue are his Second String Quartet, works for piano - "Collaboration," "Deux Petits Morceaux" and "Fantaisie Chromatique" - and "Give Me Time to Pray for Peace", an inspired memorial to those who tragically lost their lives, their loved ones, and those who were injured at the Boston Marathon in April 2013.

Sharaf's work has been performed at the Loeb Theatre at Harvard University, Cornell and Stanford. Mezzo-soprano Kara Cornell and pianist Michael Clement featured several of his works at an Albany concert entitled "Gems of the Region" including the "Three Lowell Settings", "The Anniversary", and a number of his love ballads, recorded and released in 2014. Sharaf's Second String Quartet was performed by members of the Boston Symphony Orchestra at the Isabella Stewart Gardner Museum.

Frederic Sharaf studied Pianoforte with Luise Vosgerchian at Harvard, composition with Karel Husa at Cornell (B.A.) and composition and orchestration with Humphrey Searle at Stanford (M.A.). He also received instruction in advanced species counterpoint with Hugo Norden in Boston and Composition Techniques with Ludmila Ulehla at the Manhattan School of Music. Sharaf extends his gratitude to all those who have nurtured his music career and honors the memory of those from whom he received significant tutelage and encouragement, particularly Olga Koussevitsky, Morton Gould and Robert Russell Bennett.