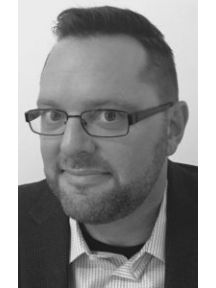 Grant Michel (b. 1977) has direct experience with the young musicians for whom he writes, having directed both middle school and high school bands. One of his favorite things as both a composer and a director is taking students through the complete process of creating music, from composition to performance. He is currently in his 14th year as director of bands at Riverside High School in Williamston, North Carolina. As founder and principal composer/arranger of GPMusic & Drill from 2003 to the present, he has created custom compositions, arrangements, and marching drill for high school and college bands across the U.S. He holds a Bachelor's Degree in Music Education from Mars Hill University (studying conducting with Daniel Schmidt), and a Master's Degree in Composition from East Carolina University (studying composition with Ed Jacobs and Pulitzer finalist David Rakowski and studying conducting with Scott Carter).

In addition to his large body of marching compositions, Grant’s concert music has been performed throughout the United States by various ensembles including middle school, high school and university bands. His music has also been programmed by various local and district honor bands and has been performed at the prestigious Midwest Clinic in Chicago, IL.

Grant is a frequent guest clinician at various honor bands throughout North Carolina and serves as an adjudicator for several NCBA and USBands marching competitions. He is also a member of Phi Mu Alpha Sinfonia Fraternity, the North Carolina Bandmasters Association, the National Association for Music Education and Broadcast Music Inc.