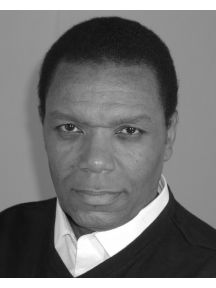 James O.  Lockett studied composition and orchestration at The Juilliard School and Mannes College in New York as well as arranging, orchestration, piano, voice and theatre arts at the Southeastern Academy of Theatre and Music in Atlanta, GA, The Karamu House in Cleveland, OH and through extensive private study.

James is proud to have been a member of the final Broadway cast of CATS where he appeared as Old Deuteronomy for three years. His prior appearances as a performer on and Off-Broadway include Big River, The Music of Andrew Lloyd Webber at Radio City Music Hall, Little Shop of Horrors and with Harry Belafonte at the Schubert Theatre. He played the role of Poppa in the first National tour and the Las Vegas Production of Starlight Express. Other National and International tours include: Big River (1st National Tour), Little Shop of Horrors (Toronto), The Music of Andrew Lloyd Webber (National Tour with Michael Crawford and International Tour with Sarah Brightman), and the National Tour of CATS.

As a composer, James had the World Premier of his concert piece, Fantasia for Cello and Piano, with the Opus Dance Ensemble in Las Vegas.  He has served as arranger/orchestrator for multiple Las Vegas shows including; Just Another Man, starring Clint Holmes, ALL IN – The Poker Musical, for which he also arranged and produced the concept CD, the Red Mountain Orchestra and Chorus In Concert, and vocal director for the hit Las Vegas production, Vegas, The Show, In March 2009, he had an arrangement performed by the Las Vegas Philharmonic in their Pops Series starring Brent Barrett, star of the Las Vegas production of Phantom of the Opera.

In 2107 James was the composer for the Internet series, Mr. ShyGuy’s Magical Mansion. He currently has arrangements which will appear on a client's new CD produced by Grammy Award nominated producer Pat Thrall and is owner and president of his music production company, J.O.L. Productions.