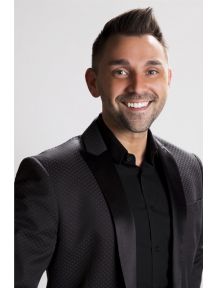 Jamey is originally from Clearwater, Florida and attended Rollins College for undergraduate school and New York University for his graduate studies.

Jamey currently serves as a professor of music at Rollins College.  He oversees the Music Technology area, teaches Theory and Keyboard courses and directs the Vocal Jazz ensemble.  He has also musically directed about a dozen Musical Theatre/Operetta productions at Rollins.

As a performer, Jamey has worked with artists such as the London Symphony Orchestra, Disney’s Voices of Liberty, the Bach Festival Society of Winter Park, Marvin Hamlisch, Marc Shaiman as well as many other Broadway composers, directors and performers.

Jamey is a well-known choral arranger and composer.  His choral pieces have been featured as top sellers on JW Pepper, used in multiple All-State festivals, and can be heard in Walt Disney World’s EPCOT Center performed daily by the Voices of Liberty where he is also a group member.

Jamey created the a cappella group Voctave at the end of 2015 and serves as the producer and arranger for the group.

Jamey’s contemporary arrangements have been performed by members of Pentatonix, Avalon, cast members on 30 Rock and The Unbreakable Kimmy Schmidt, American Idol alums including Todrick Hall and Diana Degarmo, and hundreds of Broadway performers. He currently serves as a choral and instrumental clinician for Universal Studios and the Walt Disney Company as well as multiple state festivals.

Jamey has produced hundreds of recordings and around 25 full albums for multiple Broadway and Disney performers as well as groups like the Bach Festival Society of Winter Park and the Liberty Voices.