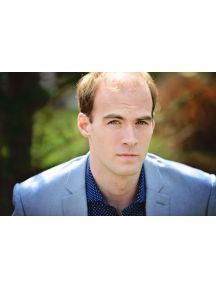 Jesse Beulke (b. 1994) is a conductor, composer, music director, and pianist residing in Minnesota. He is currently the director of choral activites at St. Croix Preparatory Academy in Stillwater, MN. As a composer, Jesse has gained more recognition throughout the past few years. His pieces have been finalists for several contests around the United States, and featured at both state and national ACDA conventions Jesse’s music is published by Pavane Publishing, National Music Publishers, and Carl Fischer.
Jesse works as a conductor, collaborative pianist, and music director in a variety of settings. Most recently, he worked as the music director and the conductor/principal keyboardist for Mamma Mia for the Theatre Workshop of Nantucket in Nantucket, Massachusetts. Jesse has conducted musical orchestras for shows including Sondheim’s Assassins, Maury Yeston’s Titanic, and Carrie: The Musical. He has also worked as a music director, keyboardist, and accompanist for shows such as Annie Get Your Gun, Mary Poppins, The Full Monty, Pirates of Penzance, and Suessical. As a classical accompanist, Jesse has collaborated with professional and student vocalists and instrumentalists of all ages for recitals, concerts, and opera productions.
Jesse holds a degree in Vocal Music Education from Minnesota State University, Mankato. There, he studied conducting and composition with David Dickau, piano with David Viscoli, and voice with Stephanie Thorpe. During his studies at MSU, Jesse served as president of MSU Concert Choir, and the student chapters of ACDA and NAfME. He is a proud member of ACDA, MMEA, and ASCAP.