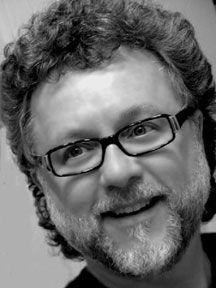 John Ratledge (b. 1954), Professor Emeritus of The University of Alabama in Tuscaloosa, was the Conductor of University Singers, Area Coordinator of Graduate Choral Conducting, and Director of Choral Activities during his twelve-year tenure at The University.  He taught graduate conducting, literature, and pedagogy, and under his leadership, University Singers gave their Carnegie Hall and Seoul Arts Center debuts (2010, 2011). Ratledge made his European conducting debut in 1996 with the Filharmonia Sudecka of Walbryzychu, Poland, and since that time, he has conducted orchestras in France, Greece, Hungary, Romania, and Spain. In addition, he has twice conducted choirs and given master classes and workshops in South Korea. During his tenure at Shorter College of Rome, Georgia, the Shorter Chorale distinguished itself nationally and internationally by premiering the full orchestral version of the Duruflé Requiem in Poland, Hungary, Romania, and Greece, and the organ version premiere of the same work in Bulgaria; the world premiere of Bernstein's Chichester Psalms in Poland,  the St. Petersburg, Russia's premiere of Handel's Messiah in English and Corligliano's Fern Hill. Groups under Ratledge's direction have performed six times at Carnegie Hall and have had 14 sold-out performances at Atlanta's prestigious Spivey Hall. Dr. Ratledge has conducted over 350 clinics throughout the United States and abroad. He is the Founder and Artistic Director of the Bassi Brugnatelli International Conducting and Singing Symposium held annually in Robbiate, Italy, and after 42 years in academia, he is currently the Director of Music at First United Methodist Church in Tuscaloosa.