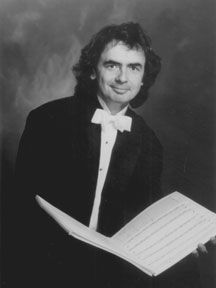 Jon Deak was born in Hammond, Indiana, on April 27, 1943. He was educated at Oberlin College, the Juilliard School of Music, the University of Illinois, and, as a Fulbright Scholar, at the Conservatorio de Santa Cecilia, in Rome. He is currently enjoying his second year as Composer-in-Residence with Colorado Symphony under the Meet the Composer Residencies Program, which includes the Colorado Children's Chorale and Denver Public Schools. He is also Associate Principal Bassist and Creative Education Associate of the New York Philharmonic, as well as Resident Composer of the Apple Hill Chamber Players (New Hampshire) and the Grand Teton Music Festival (Wyoming). His training includes work in the visual arts, and he was active in the "performance art" movement in New York's Soho district.

His compositions have been performed at music festivals worldwide and by such institutions as the New York Philharmonic, National, Minnesota, Cincinnati, Seattle, New Jersey, Atlanta and Colorado Symphonies, Rochester Philharmonic and major chamber groups around the country.

Recent commissions include a string quartet concerto for the Manchester Quartet performed by both the National and New Jersey Symphonies and a work for the 150th anniversary of the New York Philharmonic. His Concerto for Contrabass and Orchestra ("Jack and the Beanstalk") was nominated for the 1990 Pulitzer Prize by the National Symphony.

Jon Deak has become particularly noted for his successes in bringing new music to young people. His interest in children is such that he now teaches a composition class in the public school that his own children attend in New York City. An avid wilderness mountaineer, he has led climbing expeditions into the Canadian Rockies, Alaska and the Himalayas. He was Chairman of the New York Philharmonic Artistic Advisory Committee, which helped select Kurt Masur as the Philharmonic's Music Director. He also participated in Leonard Bernstein's historic Freiheitskonzert (freedom concert), in what was then East Berlin on Christmas Day, 1989, an event which he regards as one of the musical highlights of his life.