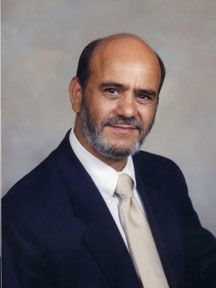 Joseph Compello discovered his love of music when, as a child, he saw the Centennial Celebration Parade in his hometown of Carbondale, Pennsylvania. After his family moved to Baltimore, Maryland, he began studying euphonium with Robert Kennick of the Baltimore Symphony. By the time he was in 11th grade at Patterson Park High School, his band director, Clarence Wroblewski, recommended Compello for a scholarship to the Peabody Conservatory Preparatory School. While studying there, he came to the attention of the conductor of the Peabody Conservatory Wind Ensemble, Dr. Richard L. Higgins, who invited him to be a regular member of his ensemble.

Upon graduating from high school, Compello auditioned for the undergraduate course of musical studies at the Peabody Conservatory. Among the adjudicating panel was Peter Mennin the Conservatory's director. During his six-year tenure with the Peabody Wind Ensemble, Compello performed all of the major repertoire for wind bands up to that time. After earning his undergraduate degree, and subsequently his Master's Degree from Towson University, Compello entered the teaching profession.

From the very beginning of his 31 year career, he composed and arranged music to meet the specific skills of his students. In 1994, Andrew Balent, then editor of Carl Fischer's educational music division, began publishing many of Compello's classroom-tested compositions. His debut publication was a march for beginning band titled Cadets on Parade. In 1996 his best-seller Rock to the Max, Mr. Sax earned him a regular spot on the Carl Fischer Music writing staff and in 1999, Larry Clark continued to publish Compello's music while encouraging him to expand his writing style. Now retired from teaching with over 150 published works to his credit, Compello continues to draw on his extensive background in music education to compose new music exclusively for Carl Fischer Music's Performance Series.

His music for young players is now a model for college curricular study by music education students. A master's thesis by Abel Borg entitled "The resourceful and engaging compositions for beginning band by Joseph Compello" is available here.

Compello’s journey from school teacher to internationally published composer was recently chronicled in the Baltimore Sun. His ASCAP award winning music is performed worldwide in venues ranging from school concerts to Carnegie Hall.