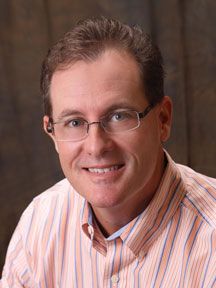 Music by Larry Clark (b. 1963) is some of the most popular and most performed by concert bands and string orchestras of all ability levels. Larry is equally adept at writing music for beginners as he is for high school and college ensembles. His music is tuneful, contains a fresh harmonic perspective, is well scored and stretches the musicianship of the performers. He prides himself on producing music that is not only intriguing to performers and audiences alike but that contains a playability that comes from a keen understanding of the technical difficulties inherent in all instruments. His pieces have been performed internationally and appear on numerous contest/festival performance required music lists. He is an ASCAP award-winning composer, has over 200 publications in print and is in demand to write commissions for bands and orchestras across the country.

Besides his abilities as a composer Larry serves as Vice President, Editor-in-Chief for Carl Fischer Music. In this capacity he oversees all publications in all genres for this esteemed music publisher. However, his main focus is on selecting, editing and producing concert band and string orchestra music for the company. He travels the world representing Carl Fischer Music doing clinic/workshops and guest conducting appearances. His background as a former middle school and university band director at Syracuse University, combined with his composing and editing, have placed Larry at the forefront of music for school ensembles. He holds a Bachelors Degree in Music Education from Florida State University and Masters Degrees in Conducting and Composition from James Madison University in Virginia. For more information about the music of Larry Clark, visit his website www.larryclarkmusic.com.