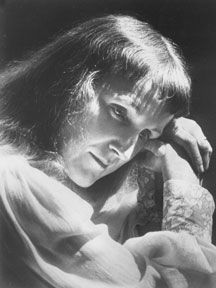 Visual experiences and nature are the primary inspirations for Marga Richter's music. Sources as varied as the paintings of Georgia O'Keeffe, a New England winter scene and the exotic landscape of Tibet have all served to trigger the composer's creative responses.

A daughter of American soprano Inez Chandler and granddaughter (on her father's side) of German composer/conductor Richard Richter, Marga Richter was born in Reedsburg, Wisconsin in 1926, and received her early musical training in Minneapolis, Minnesota. In 1943, the family moved - en masse - to New York so that she could enroll at the Juilliard School where she majored in composition with William Bergsma and Vincent Persichetti, and studied piano with Rosalyn Tureck, receiving a Master's Degree in 1951. While still in her twenties, a series of pieces commissioned by MGM Records brought national recognition.

Richter's music has been played by more than 45 orchestras here and abroad, including the Minnesota Orchestra, the Milwaukee and Atlanta Symphonies, the London Philharmonic, the Civic Orchestra of Chicago and the Buffalo Philharmonic. Among the artists who have championed her music are Jessye Norman, Menahem Pressler, William Masselos, the late Natalie Hinderas, and Daniel Heifetz who included her Landscapes of the Mind II in his prize-winning Tchaikovsky Competition concert in Moscow. She has received grants, awards, and commissions from the National Endowment for the Arts, the Martha Baird Rockefeller Fund, the National Federation of Music Clubs, Meet-the-Composer and ASCAP. An accomplished pianist, she frequently performs her own compositions.