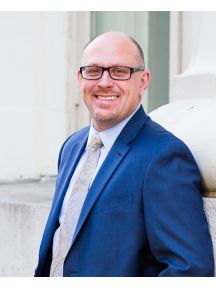 Mark Lortz is Director of Music at Stevenson University, brass arranger for the multi-world champion Reading Buccaneers Drum and Bugle Corps and Vic Firth Percussion Scholastic Educator. His original music has premiered at The Midwest Clinic International Band and Orchestra Conference, the Bands of America National Percussion Festival, the College Band Directors National Association, and the Baltimore Ravens Marching Band. Lortz’s compositions have received awards from the American Society of Composers, Authors and Publishers (ASCAP), and laudatory reviews in Gramophone and The Instrumentalist magazines. They also made Bandworld’s Top 100 list of band compositions and J.W. Pepper’s Editor’s Choice lists. He has worked with the United States Army Field Band and Jazz
Ambassadors and The United States Naval Academy Drum and Bugle Corps. In addition to composing, Mr. Lortz adjudicates, lectures and guest conducts honor bands, orchestras and community ensembles
throughout the mid-Atlantic region.

Mr. Lortz earned a University Fellowship at the Boyer College of Music and Dance of Temple University, where he is pursuing a doctorate of music education. He has earned degrees in percussion performance, music education and music composition from The Peabody Institute of the Johns Hopkins University. He was Associate Music Director and Principal Percussionist for the North American tour of Phantom of the Opera and Percussionist with the international performing ensemble, The Dallas Brass. He has performed and recorded with premier orchestras throughout the United States.