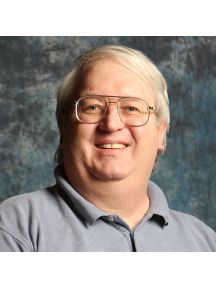 Michael Boo is a composer out of northwest Indiana. He has had over 70 compositions performed by various bands and has been to China ten times with his music. He is a graduate of VanderCook College of Music with a degree in music education and Northern Illinois University with a degree in theory and composition, and was an adjunct professor of percussion at Governors State University in Illinois. His compositions and arrangements are represented in the catalogs of Ludwig Music Publishing, Studio 4 Music (Alfred Music), TRN Music Publisher, and Grand Mesa Music, in addition to Carl Fischer Music.

Michael is also a published author and has been the Staff Writer for Drum Corps International for over three decades, writing weekly columns for DCI.org along with many special features throughout the year. Michael has been commissioned by multiple  institutions and is the Composer-in-Residence for both the Windiana Professional Concert Band of Northwest Indiana and the Confucius Institute of Valparaiso University. For over twenty years, he has also served as the volunteer Executive Corresponding Secretary for the Our World-Underwater Scholarship Society.