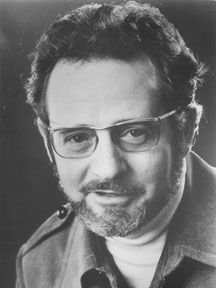 Michael Colgrass (b. 1932) began his musical career in Chicago where his first professional experiences were as a jazz drummer (1944-49). He graduated from the University of Illinois in 1954 with a degree in performance and composition and his studies included training with Darius Milhaud at the Aspen Festival and Lukas Foss at Tanglewood. He served two years as timpanist in the Seventh Army Symphony Orchestra in Stuttgart, Germany and then spent eleven years supporting his composing as a free-lance percussionist in New York City where his wide-ranging performance venues included the New York Philharmonic, American Ballet Theater, Dizzy Gillespie, the Modern Jazz Quartet, the original West Side Story orchestra on Broadway, the Columbia Recording Orchestra's Stravinsky Conducts Stravinsky series, and numerous ballet, opera and jazz ensembles. He organized the percussion sections for Gunther Schuller's recordings and concerts, as well as for premieres of new works by John Cage, Elliott Carter, Edgard Varese, and many others. During this New York period he continued to study composition with Wallingford Riegger (1958) and Ben Weber (1958-60).

He won the 1978 Pulitzer Prize for Music for Déjà vu, which was commissioned and premiered by the New York Philharmonic. In addition, he received an Emmy Award in 1982 for a PBS documentary "Soundings: The Music of Michael Colgrass." He has been awarded two Guggenheim Fellowships, A Rockerfeller Grant, First Prize in the Barlow and Sudler International Wind Ensemble Competitions, and the 1988 Jules Leger Prize for Chamber Music.

As an author, Colgrass recently published his first book, My Lessons With Kumi, a teaching tale and exercise book, outlining his techniques for performance and creativity. He also gives workshops throughout the world on the psychology and technique of performance, drawing on his extensive American and European studies in a wide spectrum of performing arts.

He lives in Toronto and makes his living internationally as a composer. His wife, Ulla, is a journalist and editor who writes about music and art.