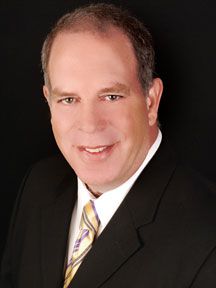 Rae Moses is a former high school Choral Director in Klein, TX, a suburb of Houston. His choirs received highest honors at festivals and were invited to perform an honor concert in 1990 at the Texas Music Educators Association State Conference. He received both his Bachelor’s of Music Education and Master’s of Music degrees from Sam Houston State University, where he was a student of Dr. John Paul and Dr. Bev Henson.

Following his tenure as Director of Choirs at Klein Forest HS, Rae entered the Educational Technology field where he spent 10 years consulting with school districts on effective use of technology in Curriculum and Instruction. During this time, Rae continued to compose and arrange choral works for the Middle School chorus. He has published works in the BriLee catalog, as well as with Carl Fischer, Southern Music and Hal Leonard.

Rae is currently the Choral/Vocal Editor at Carl Fischer Music and BriLee Music. In addition to those responsibilities, Rae is very involved with a community Musical Theater group, “Class Act Productionsï¾” in The Woodlands, TX, where he serves as Music Director. He is also the Music Director at Grace Presbyterian Church in The Woodlands.

Rae is frequently invited as a clinician, conductor or accompanist of Honor Choirs across the region.

Rae lives with his wife of over 20 years, Debra, and their daughter, Emily, in Magnolia, TX.