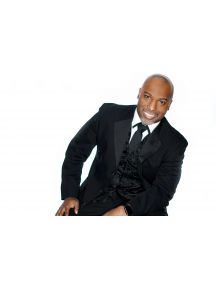 Reginal Wright is in his 19th year of public school teaching. As an educator Reginal has earned many awards including Outstanding Teacher, Who’s Who Among America’s Teachers and the Secondary Educator of the Year Award.

Reginal has performed music in Vienna and Salzburg, Austria as well as Munich, Germany and throughout the United States. As a conductor, he is a sought after clinician in both Gospel and Classical genres. He has enjoyed the opportunity to conduct honor choirs for school districts throughout Texas and Oklahoma. He also serves as a clinician in many Texas All State Choir camps. Reginal’s compositions are designed cater to school and church choirs.

Reginal received both his Bachelor and Masters of Music Education Degrees from Stephen F. Austin State University in Nacogdoches, Texas. He is currently the head choral director at Mansfield High School. His choirs are consistent Sweepstakes winners in both concert and sight reading contests. Choirs under his direction also earn “Outstanding in Class” awards at National Music Festivals. In 2012 the Mansfield High School A Cappella Women’s choir was honored as SWACDA honor choir. In 2018 the Mansfield High School Men’s Choir was honored as a Texas Music Educator’s Association Honor Choir. Reginal resides in Arlington with his wife Renetta, son Gabrien, daughter Reece and Shih-Tzu Ramsey.