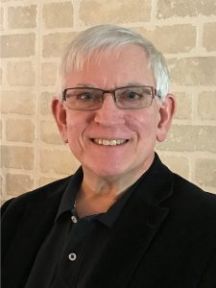 Richard Summers is a music educator, performer, conductor, arranger, and composer. Recently retired from NJ public schools, Rick taught instrumental music for 32 years. He was a member of the West Point Band, graduated from Juilliard with both BM and MM degrees, and has taught all levels of instrumental music from elementary, middle and high schools and was also the concert band director and clarinet teacher at Wm. Paterson University. For many years, Rick has been concertmaster, clarinet soloist, and assistant conductor of the Ridgewood Concert Band. Currently, he is active as a guest conductor, clinician, adjudicator, and woodwind performer in New Jersey, Pennsylvania, and New York City.

Over the years, several of Summers’s arrangements and compositions were written and performed by the groups that he taught and worked with and he sincerely enjoys sharing his music with other band directors and students. He considers it an honor to have his pieces selected for publication and is grateful for the opportunity to re?ne and enhance his music. Compositions and arrangements by Summers have been recognized in the Instrumentalist Magazine and Carl Fischer Music is proud to include Richard Summers in our catalog of talented composers.