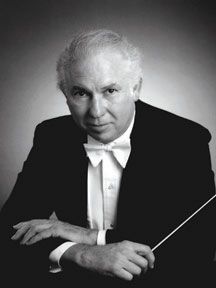 Robert E. Foster has an extensive background as a music educator, conductor, adjudicator, and as a composer and arranger. He has served as a successful band director at the junior high school, high school, and university levels, and he has conducted and/or adjudicated throughout the United States and Canada, Mexico, Europe, Japan and Singapore.

He is Professor of Music in the School of Music at the University of Kansas, where he has been on the faculty since 1971. He is past president of the American Bandmasters Association, the National Band Association, the Southwest Division of College Band Directors National Association, and of the Big Twelve Conference Band Directors Association. He is the conductor of the award winning Lawrence City Band. In 2006, he was inducted into the National Band Association Hall of Fame of Distinguished Conductors. In 2010, he was inducted into the Kansas Music Educators Hall of Fame.

Foster is the President and CEO of the John Philip Sousa Foundation, and has been actively involved in the promotion and performances of the music of John Philip Sousa. He worked with the Instrumentalist magazine as guest editor to produce their Sousa Sesquicentennial issue in November, 2004. He has edited new critical editions of Sousa’s music, as well as of the music of Henry Fillmore. His impersonation of John Philip Sousa in Sousa Concerts has been a huge success, selling out concert halls in several different states. In July, 2006 he served as conductor of the National Band Association National Community Band in Las Vegas, again serving as Mr. Sousa in a gala concert called Sousa on the Strip.

Mr. Foster brings a wealth of experience, background, and knowledge about traditional marches, and the concerts that were performed by Mr. Sousa and his great band, and by the legendary band leader, Henry Fillmore.