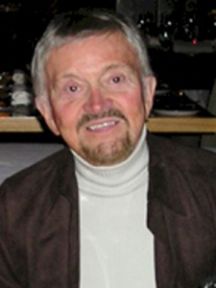 A native of Joliet, Illinois, Ron Nelson was born December 14, 1929. He received his bachelor of music degree in 1952, the master’s degree in 1953, and the doctor of musical arts degree in 1957, all from the Eastman School of Music at the University of Rochester. He studied in France at the Ecole Normale de Musique and at the Paris Conservatory under a Fulbright Grant in 1955. Dr. Nelson joined the Brown University faculty the following year, and taught there until his retirement in 1993.

In 1991, Dr. Nelson was awarded the Acuff Chair of Excellence in the Creative Arts, the first musician to hold the chair. In 1993, his Passacaglia (Homage on B-A-C-H) made history by winning all three major wind band compositions – the National Association Prize, the American Bandmasters Association Ostwald Prize, and the Sudler International Prize. He was awarded the Medal of Honor of the John Philip Sousa Foundation in Washington, DC in 1994. In 2006, he was awarded an honorary doctorate from Oklahoma City University.

Dr. Nelson has received numerous commissions, including those from the National Symphony Orchestra, Rochester Philharmonic, the USAF Band and Chorus, Rhode Island Philharmonic, Aspen Music Festival, Brevard Music Center, Musashino Wind Ensemble, and countless colleges and universities. He has also received grants and awards from The Rockefeller Foundation, the Howard Foundation, ASCAP, and several from the National Endowment for the Arts.