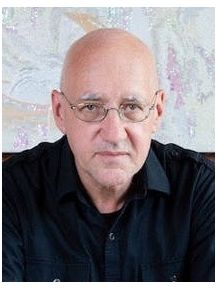 The music of composer Sebastian Currier has been performed worldwide in major cities such as Paris, Rome, Berlin, Munich, Frankfurt, Tokyo, Beijing, Moscow. London and Toronto. In the United States, his works have been performed in Carnegie Hall in New York, Symphony Hall in Boston, Kennedy Center in Washington and Davies Symphony Hall in San Francisco.

His work Aftersong was written for the world-renowned violinist Anne-Sophie Mutter who, with pianist Lambert Orkis, premiered the work at the Schleswig-Holstein Festival, performed it at the Salzburg Festival, and then throughout the rest of Europe and the United States. Ms. Mutter and Mr. Orkis also performed another work of his, Clockwork, in major cities in Europe and Asia.

He has received a Rome Prize, a Guggenheim Fellowship, several awards from the American Academy of Arts and Letters, a Friedheim Award, a Fellowship from the National Endowment for the Arts, a Tanglewood Fellowship, and as held residencies at the MacDowell and Yaddo Colonies. Commissions include Fromm Foundation, Koussevitzky Foundation, Barlow Endowment, Mary Flagler Cary Charitable Trust and the American Composers Orchestra.

A CD of his works performed by the ensemble Mosaic was recently released on New World Records. It includes Vocalissimus, which features soprano Susan Narucki in a work that sets the same short poem of Wallace Stevens eighteen different ways - each from a different point of view. We hear a formalist, a Mystic, a recluse, a satirist, an Introvert, and many others offer their unique interpretation of the poem. Next is Theo's Sketchbook, a work for piano, performed by Emma Tahmizian. This work is an anthology of the life's work of an imaginary composer - Theo - from his juvenilia to his last piece, a lullaby for his granddaughter. The CD concludes with a work commissioned by Mosaic specifically for the recording for the core members Zizi Mueller, Emma Tahmizian, Fred Sherry, and Daniel Druckman, Whispers.

Recent premieres include a work for the American Composers Orchestra, Microsymph, performed at Carnegie Hall with Dennis Russell Davies conducting, and Chamber Concerto for Violin and string orchestra performed by Lewis Kaplan at the Bowdoin Summer Music Festival. Upcoming projects include a CD of his works for string quartet by the Cassatt Quartet, a piece for the Verdehr Trio, and a work for cello and piano for a consortium of cellists - John Whitfield, Colin Carr and Erika Duke. He taught at the Juilliard School from 1992-1998 and is currently a faculty member at Columbia University and Composer-in-Residence at the Bowdoin Summer Music Festival.