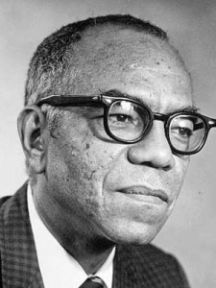 A nephew of the New Orleans jazz trumpeter King Oliver, Kay played jazz saxophone as a boy and later turned to piano, violin, and composition. After receiving his B.A. at the University of Arizona (1938), he studied at the Eastman School of Music (M.A., 1940), Yale University (with composer Paul Hindemith), Columbia University, and the Berkshire Music Center in Tanglewood, Mass.

After World War II Kay settled in New York and produced works for chamber ensemble (Suite for Strings, 1947), orchestra (Concerto, 1948), and film (The Quiet One, 1949). From 1968 to 1988 he was a professor of music at Lehman College of the City University of New York.

Kay’s music is characterized by melodic lyricism and tonal orientation (i.e., organized around a given tone as a focal point) supplemented by chromaticism (use of all tones of the chromatic scale, whether or not they belong to a particular key). In his later works he also used quartal harmony, or chords built of tones a fourth apart, rather than the usual third. His works include many film and television scores, among them his notable Essay on Death (1964), a tribute to President John F. Kennedy. Besides large orchestral works, including the Symphony (1967) and Southern Harmony (1975), Kay wrote chamber music, choral works such as the cantata Song of Jeremiah (1945), organ and piano music, short band pieces, and five operas: The Boor (1955), The Juggler of Our Lady (1956), The Capitoline Venus (1970), Jubilee (1976), and Frederick Douglass (1991).