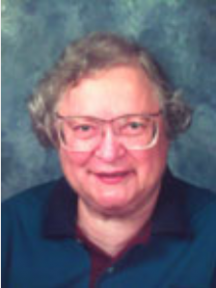 Virginia Croft holds Bachelor of Science and Master of Education degrees in Music Education from the Pennsylvania State University. Long active in public school and church music, she has conducted large and small instrumental and vocal ensembles in Pennsylvania, Oregon, Vermont, and Ontario, Canada. For the past thirty-one years, she has directed a large, award-winning elementary school band which she initially began as a "mother volunteer" in Houston, Texas; but as a violinist and mother of a fine cellist, her real love is the orchestra.

She is the recipient of letters of commendation from her United States Congressman, Mayors of Houston, and the Governor of Texas, and was three times chosen "Teacher of the Year" by her fellow faculty members. She is listed in the fifth through eleventh Southwestern editions of "Who's Who Among America's Teachers," has been named "Teacher of the Year" by her local Rotary Club, was honored by MiraMax Films with their "Music of the Heart" Award in recognition of her strong commitment and support of community music education, and is a 2005 recipient of the Goldin Award for Excellence in Education.