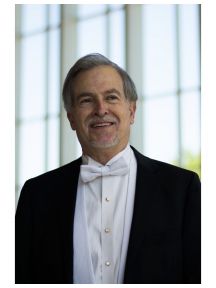 Randall Stroope is an American composer, conductor, and university professor. Randall has conducted concerts in 25 countries, is the Artistic Director of two international summer festivals, and has directed music for Vatican mass on 10 different occasions. In the United States, Randall has conducted nearly 40 performances at Carnegie Hall, and has made appearances at Chicago Orchestra Hall, John F. Kennedy Center for the Performing Arts and other venues. He has also conducted 44 all-state choirs. Ensembles under his direction have performed at two national ACDA conventions, four regional ACDAs, and several other state conventions. He has made nearly 70 YouTube recordings, as well as 13 CD's.

A native of New Mexico, Randall attended the University of Colorado and Arizona State University, receiving a Masters in Vocal Performance and Doctorate in Conducting, respectively. He taught high school for seven years in Denver, Colorado, and has been Professor of Music at three universities. Randall has received the Douglas R. McEwen Award for National Choral Excellence (Arizona State University), Oklahoma State University's Eminent Professor for 2018 as well as a Regent's Distinguished Professor. At OSU, he has also been recognized for the Doug and Nickie Burns Endowed Chair and Regents Distinguished Professor of Research.

In composition, Randall's professors were Normand Lockwood and Cecil Effinger, both students of Nadia Boulanger, who was a student of Gabriel Fauré. He has 180 published works, and sold over four million copies. His most popular Carl Fischer works include She Walks in Beauty and Tarantelao (Jubilate Agno). He has been commissioned by the West Point Military Academy, Raymond Brock commission (ACDA), Taiwan Chamber Choir, Carols for Choirs 5 (OUP), Music Teachers National Association, as well as many secondary schools, universities, state music education associations, and professional chorales.