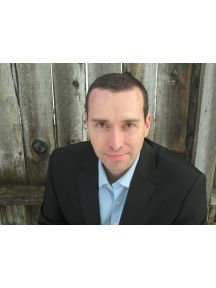 Zachary B. Poulter (b. 1975) is a music educator, performer, conductor, arranger, and composer. A graduate of Brigham Young University and the University of Utah, Zach is entering his third decade as a band director at Syracuse Junior High School in the Davis School District, Utah.

Zach has served as the jazz mentor for the National Association for Music Education, and is the author of NAfME’s Teaching Improv in Your Jazz Ensemble: A Complete Guide for Music Educators – a college text and teacher reference book currently in use on five continents. He has served as the Utah Music Educators Association (UMEA) Jr. High/Middle School Vice President, and received UMEA’s “Superior Accomplishment” award in 2014. He currently serves as UMEA’s Jr. High/Middle School Large Group Festival Coordinator.

Zach’s music for concert band, jazz band, choir, and percussion ensemble has been performed by ensembles of all levels. Having taught both middle school and high school, he has a special affinity for creating grade-appropriate music that engages the whole student - musically, intellectually, and emotionally.