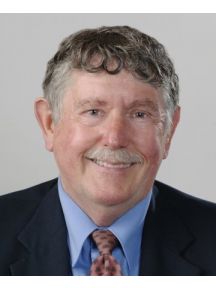 Bruce Trinkley is Professor Emeritus of Music at The Pennsylvania State University, where he taught composition, orchestration and opera literature, and conducted the Penn State Glee Club. He was also Music Director of Pennsylvania Centre Stage from 1970 to 1995 conducting more than 50 productions of operas and musicals.

He was born in Pittsburgh, grew up in West Virginia and attended high school in Los Angeles. He received his undergraduate and graduate degrees in composition from Columbia University, where he studied with Otto Luening, Jack Beeson and Charles Wuorinen and conducted the Columbia University Glee Club. While at Columbia, he wrote The Bawd’s Opera which won the BMI National Varsity Show Award for the best original student musical in the United States. The award led to membership in the BMI Workshop where he studied with Lehman Engel. Trinkley went on to write the music for the Pennsylvania Bicentennial Wagon Train Show, which played more than 2000 performances throughout the country in 1976. The composer of incidental music, songs and choruses for over twenty theatre and dance productions, Trinkley has also written extensively for choral ensembles. Mountain Laurels, a choral symphony based on texts by central Pennsylvania poets, was performed to celebrate the centenary of State College, Pennsylvania, and involved nearly 1000 singers and instrumentalists.

Major works include: Cold Mountain, Seven Shih for piano trio, based on poems by the Tang Dynasty poet Han-shan, commissioned for the Castalia Trio’s concert tour to China; and One Life: The Rachel Carson Project, a cantata for women’s voices about the life of the founder of the environmental movement. With his regular collaborator, librettist Jason Charnesky, Trinkley has twice won the National Opera Association’s Chamber Opera Competition: Eve’s Odds in 1997 and Cleo in 1999. YORK: The Voice of Freedom, a full-length opera based on the life of the only African-American on the Lewis and Clark expedition, was premiered at Penn State and has been seen on PBS stations around the country. The Prairie Dog That Met the President, an opera for young people, is based on a true incident from the Lewis and Clark expedition and was given its Pennsylvania premiere by the Penn State Opera Theatre. Trinkley and Charnesky also collaborated on Santa Rosalia, a cantata for vocal quartet, woodwind quintet, and harpsichord, based on a painting by the Colombian painter Fernando Botero. Collaborative works include another children’s opera, Chicken Little, and CONFESSCONFUSE, four micro-music-theatre works. CONFESSCONFUSE premiered at the Cornelia Street Café in New York’s Greenwich Village, and was presented at the Philly Fringe. Recent premieres include Baby Shower, a comic opera, presented by Fresh Squeezed Opera at the New York Theatre Workshop; Saint Thomas the Carpenter, a sacred drama, at the National Opera Association Convention in San Antonio, Texas with soloists from the San Antonio Opera and instrumentalists from the San Antonio Symphony; and Auld Reikie, choral settings of poems by Robert Fergusson, by the Gregg Smith Singers in New York City. Herricks Lyricks, a choral cantata of settings of poems by Robert Herrick, was premiered by the Chesapeake Chorale. Recent vocal works include Songs of Emily Grosholz; Mennonite Songs, settings of poems by Julia Kasdorf; and Tennessee Williams Songs.