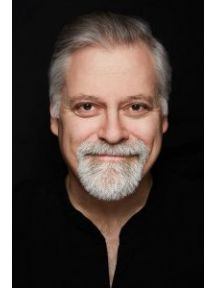 Daron Hagen is a composer, author, performer, and director. His music is performed worldwide, from the UCCA Center for Contemporary Art (formerly Ullens Center) in Beijing to the Louvre in Paris, the South Bank in London to Lincoln Center in New York City, and from Suntory Hall in Tokyo to McCaw Hall in Seattle. Commissioned by the New York Philharmonic, Seattle Opera, and The National Symphony Orchestra, among many others, his catalogue includes eleven operas, five symphonies, twelve concertos, dozens of instrumental works, film scores, and over 300 art songs and cycles.

His 2021 Operafilm Orson Rehearsed, released on Naxos Records in March 2022, is presently garnering laurels at film festivals worldwide. For his filmmaking debut, Hagen wrote the libretto/screenplay and score (both acoustic and electro-acoustic), stage (and film) directed, shot the film for the movies-within-the-film and staged opera, edited the film, and mixed the soundtrack.

His memoir, Duet With the Past, was published in 2019 by McFarland. As a stage director, he has mounted new productions of his own works for the Kentucky Opera, Skylight Music Theater, and the Buffalo Philharmonic, among others. As a conductor he has led world premiere recordings of several of his operas; he has appeared on three discs as a collaborative pianist for his art songs.

A Lifetime Member of the Corporation of Yaddo, Hagen has served as president of the Lotte Lehmann Foundation, and as artistic director and head of faculty of the Seasons Music Festival Academy in Washington. Twice a Rockefeller Foundation Fellow at Bellagio, he has received the Guggenheim Fellowship, Kennedy Center Friedheim Award, ASCAP Foundation Rudolf Nissim Prize, Barlow Endowment Prize, and Columbia University Bearns Prize; he is also the recipient of the American Academy of Arts and Letters’ Academy Award for “the artist who has achieved his singular voice.” Currently a member of the artist faculty of the Chicago College of the Performing Arts and the Wintergreen Music Festival, he has taught at Bard College, the Curtis Institute of Music, and the Princeton Atelier.

Born in 1961 in Milwaukee, Wisconsin and trained at UW-Madison, Curtis, and at the Juilliard School, Hagen’s music is recorded on Sony Classical, Naxos, Albany, CRI, Arsis, Klavier, Affetto, Sierra Classical, Bridge, and other labels. His stage direction, readings, and media scoring agent is Scott Levine; and his music is published and / or licensed by Peermusic Classical, Burning Sled, Carl Fischer, and E.C. Schirmer. A Manhattanite for 28 years, he and his wife, composer Gilda Lyons, moved Upstate in 2011 to raise their sons.