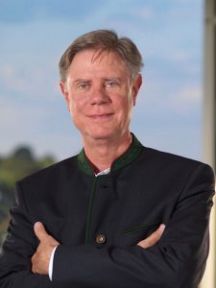 Throughout his long and highly successful international career in the musical arts, Douglas Hedwig has pursued a wide diversity of expression. Since 2010 he has focused primarily on composition, with works published by Carl Fischer Music and by TNR Music. Dr. Hedwig is also a music journalist and is currently Symphony Reviewer for the Chattanooga Times Free Press.

He has composed works in a variety of styles for concert band, chorus, string quintet, brass quintet and ensemble, solo trumpet, trumpet quartet, percussion, and organ, as well as experimental electro-acoustic music. His compositions have recently been performed at the Blossom Music Festival (OH), and New Music on the Bayou Contemporary Music Festival (LA). Among recently commissioned works are those from the Chattanooga Symphony, and St. Paul’s Episcopal Church (TN), as well as by former NYC Mayor, Michael M. Bloomberg.

As a trumpeter, he was a member of the Metropolitan Opera Orchestra for twenty-seven years (Retired), performing with most of the greatest conductors of his generation.

As founding-member and director of The Metropolitan Brass Quartet (“Excellent! A Model of infectious spirit, dashing virtuosity and finely gauged instrumental balance” – Musical America), he toured nationally and internationally under Columbia Artists and Maxim Gershunoff managements, and recorded the ground-breaking album, Three Centuries for Four Brass (MSR 1228). Of it’s recent CD re-release, World Magazine states, “this recording remains as gorgeous as it is revelatory.”

His trumpet playing can be heard on over 40 commercially released albums on major labels in styles ranging from minimalist composer Steve Reich and Musicians (including the now classic 1980 recording, Music for a Large Ensemble - ECM Records), to Original Broadway Cast Albums (including the Grammy Award winning recording of “Porgy and Bess” with the Houston Grand Opera), and several TV and radio commercials. Many audiences are surprised and delighted to learn that early in his career, Doug also performed with The Jackson Five, Sam & Dave, jazz legend, Mel Torme, as well as a week of sold-out performances at New York’s famous Radio City Music Hall with the Gold Record soul band, The Hues Corporation.

In addition to conducting various bands, orchestras and chamber groups in the U.S. (including the United States Army Band at West Point, the Brooklyn College Conservatory Orchestra, and the modern music ensemble, ConTempo), Douglas Hedwig has conducted ensembles throughout Italy, Germany, Switzerland, Japan and England, including a standing-room-only performance at Birmingham’s Symphony Hall, and acclaimed performances at London’s Royal Academy of Music.

Dr. Hedwig was Co-Founder and Executive Director of Orvieto Musica, a chamber music festival in central Italy, where he also conducted the wind ensemble, and for three summers served as head of the brass faculty of Sessione Senese per la Musica d’Arte in Siena. He was Executive Producer and Music Director of the Telly Award Winning TV documentary, “Fanfare” (available on YouTube). And, in 1995, as part of a research fellowship from The City University of New York, he created the first school-based English Style brass band in the U.S.

Douglas Hedwig is a Professor Emeritus of Brooklyn College and The City University of New York Graduate Center, and formerly a member of the faculty of The Juilliard School. He received his doctorate at The Juilliard School, were he was the first trumpeter to earn this degree in the history of the school. He studied conducting under Anton Coppola (New York City Opera, Seattle Opera) at the Manhattan School of Music, and was selected for master-classes with Leonard Bernstein while studying at Juilliard. He studied harmony and theory with John Corigliano, musicology under Dr. Barry S. Brook, and ear-training/score-reading with Renee Longy. His trumpet teachers include: William Vacchiano, Mel Broiles, Edward Treutel, Armando Ghitala and Carmine Caruso.

In 2012 he retired at the rank of Major from the New York Guard. During his time in the Guard he served as Commander and Conductor of the 89th Army Band, and was certified as a Military Emergency Management Specialist. He was awarded the Medal for Conspicuous Service by the Governor of the State of New York, Andrew Cuomo.

He is the recipient of awards and honors from the United States Department of State, the National Endowment for the Arts, the J. William Fulbright Foreign Scholarship Board, the U.S. Department of Veterans Affairs, and the City Council of the City of New York. He also received a Special Citation from the Commissioner of the New York City Fire Department in recognition of his volunteer service as Civilian Bugler with the FDNY during the months following the events of 9/11/2001.