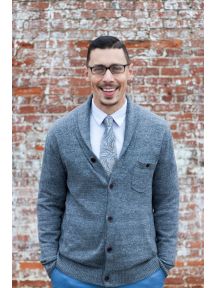 Michael J. Miller is a freelance composer and arranger. His music for bands and orchestras is performed worldwide and receives critical acclaim. Before dedicating himself to composition full time, Michael was a public-school band director. From 2013-2018 he served as the Director of Bands at Joe E. Newsome High School in Lithia, FL. Under his leadership, Newsome earned the Florida Bandmasters Association’s Otto Kraushaar award, was named the 2015 Bands of America Regional Grand Champions in Newark, DE, and performed in the 2016 Macy's Thanksgiving Day Parade. Michael designs for pageantry ensembles across the United States, including the Colts Drum and Bugle Corps and Virtual Arts, INC. Michael holds a Master of Music degree in Instrumental Conducting from the University of Florida and a Bachelor of Music Education degree from Syracuse University. Michael is a member of the Music Educators National Conference, the National Band Association, the World Association for Symphonic Bands and Ensembles, and is a brother of Phi Mu Alpha Sinfonia. He is happily married to his wife and best friend, Vivian.