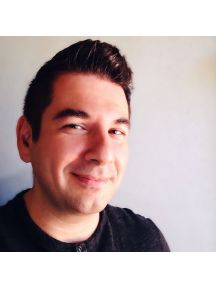 Argentine-born composer and violinist, Nicolas Repetto, creates music for film, television, and multimedia while collaborating with talented and creative filmmakers from all over the world. His music can be heard on networks such as ​The Learning Channel, Univision, Amazon Prime​, and at prestigious film festivals such as ​Sundance/Slamdance ​in Park City, UT, and ​Film Independent/Los Angeles Film Festival, ​HollyShorts ​(Academy Award-qualifying film festival) in Hollywood, CA, and the ​Festival de Cannes​ in Cannes, France.

As a violinist, Nicolas has performed with the Miami Symphony Orchestra, Alhambra Orchestra, and the New World Symphony. Nicolas has also performed with Andrea Bocelli at the Dolby Theater in Los Angeles and with the EDM-artist, Deadmau5 at the historic Wiltern Theater in Los Angeles as well playing on DeadMau5’s new album, “Where’s The Drop?” recorded at the historic EastWest Studios in Hollywood. He continues to perform on live shows and records in the studios around the Los Angeles area with the CMG Recording Orchestra.

Nicolas is also an alumnus of the esteemed ASCAP Film Scoring Workshop with Richard Bellis in 2016 where only twelve composers are selected to participate among the hundreds of submissions each year. The month-long workshop culminates with a recording session at the historic Newman Scoring Stage at 21st Century Fox by orchestrating, recording, and conducting an original composition with a 60-piece orchestra made up of Hollywood’s most accomplished orchestral musicians. He is also the recipient of the ASCAP Foundation Michelle & Dean Kay Award.

Nicolas holds a B.M in violin performance and music education from the University of Miami, and a M.M. with emphasis on composition and arranging from Florida State University.