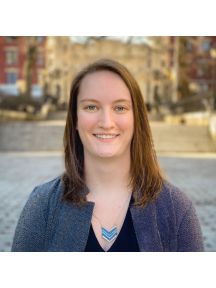 Lauren Taylor is a New York City-based composer of both film and concert music. She has scored visual media in many genres, such as documentary, short film, and TV pilots. Her concert music has been performed by ensembles such as the Tennessee Valley Music Festival Orchestra, “a very small consortium," the New York University Symphony Orchestra and Percussion Ensemble, and the Belmont University New Music Ensemble. Lauren holds a Master of Music degree from New York University, where she studied music composition for film and multimedia. She also holds a Bachelor of Music degree in music composition from Belmont University in Nashville, Tennessee, and also studied composition at the Hochschule für Musik in Dresden, Germany. As a dual citizen of the USA and the United Kingdom, Lauren often finds travel to be an inspirational basis for her work.