Born in Berlin, Germany in 1922, Lukas Foss was equally renowned as a composer, conductor, pianist, and educator during his lifetime. Foss wrote over one hundred works and served as the Music Director of the Buffalo Philharmonic Orchestra, the Brooklyn Philharmonic, and the Milwaukee Symphony. As a pianist, he concertized with the New York Philharmonic and the Boston Symphony Orchestra, among others. Foss also taught composition at UCLA and the Tanglewood Music Center. When he passed away in 2009, he left behind a legacy of musical exploration and excellence.

As Music Director of the Buffalo Philharmonic Orchestra, Brooklyn Philharmonic, and Milwaukee Symphony, Foss was an effective champion of living composers and brought new life to the standard repertoire. He was hailed for the adventurous mix of traditional and contemporary music that he programmed, and he appeared with the world's greatest orchestras, including the Boston, Chicago, London, and Leningrad Symphonies, the Philadelphia and Cleveland Orchestras, Santa Cecilia Orchestra of Rome, and the New York, Berlin, Los Angeles, and Tokyo Philharmonics.

His legendary performances as a piano soloist, in repertoire ranging from J. S. Bach's D Minor Concerto to Leonard Bernstein's Age of Anxiety, earned Foss a place among the elite keyboard artists of the last century. From 1944 to 1950, he was the pianist in the Boston Symphony Orchestra and, in 1945, became the youngest composer ever to receive a Guggenheim Fellowship.

Foss’ ideas–and his compelling way of expressing them–garnered him considerable respect as an educator as well. Foss succeeded Arnold Schoenberg as Professor of Composition at the University of California at Los Angeles in 1953. In 1957, he founded the Improvisational Chamber Ensemble, a group that improvised music in concert, working not from a score, but from Foss' ideas. Foss taught at Tanglewood and was composer-in-residence at Harvard University, the Manhattan School of Music, Carnegie Melon University, Yale University, and Boston University.

In 1983 he was elected to membership in the American Academy of Arts and Letters, and in 2000 he received the Academy's Gold Medal in honor of his distinguished career in music. The holder of eight honorary doctorates (including a 1991 Doctor of Music degree from Yale), he was in constant demand as a lecturer, and delivered the prestigious Mellon Lectures at Washington's National Gallery of Art in 1986. To learn more about Foss' life and music, click here. 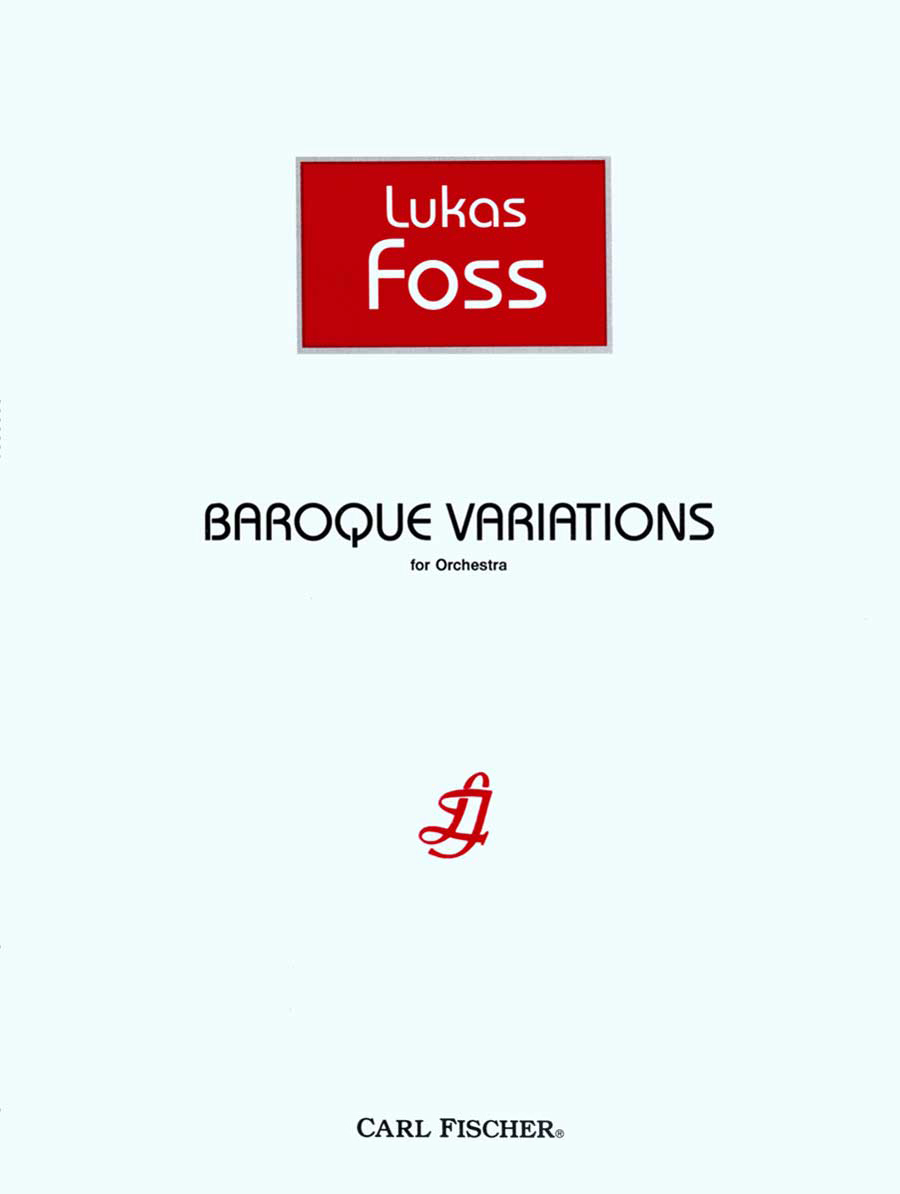 A decade before John Cage hit on subtraction as a compositional device, Lukas Foss was busy erasing notes from a Handel piece to create the first movement of Baroque Variations. The unsuspecting listener might think he or she is confronted by an orchestral malfunction. Perhaps players have ingested Ambien and are dozing off only to wake up suddenly, having lost their place. An atmosphere of gentle confusion prevails. The second movement, based on a harpsichord sonata by Domenico Scarlatti, appears to have difficulty getting into motion. Once it does, the music fades in and out, sometimes alarmingly, coming at different and conflicting speeds. J.S. Bach provides material for the final movement of this phantasmagoria. His E-major solo violin Partita is subjected to a series of interruptions, often comic, that suggest zoo animals on the loose, right-hand-only piano practice, stuck vinyl records, chaos suddenly broken off then turned back on. Finally: an organ appearing out of nowhere battling out-of-control percussion.

Foss wrote in a number of styles during his career. Whether the musical language is serial, aleatoric, neoclassical, or minimalist, the composer's unique compositional voice is always present. His oeuvre, marked by tension between tradition and new modes of musical expression, includes works such as Three American Pieces (1944), Baroque Variations for Orchestra (1960), Tashi for Piano, Clarinet, and String Quartet (1986), and Renaissance Concerto for Flute and Orchestra (1985), which are now considered landmarks of twentieth century repertoire.

Whether the musical language is serial, aleatoric, neoclassical or minimalist, the sound of the "real" Lukas Foss is always present. In order to celebrate his diverse musical output, we've created curated playlists of the composer's works for your listening pleasure. 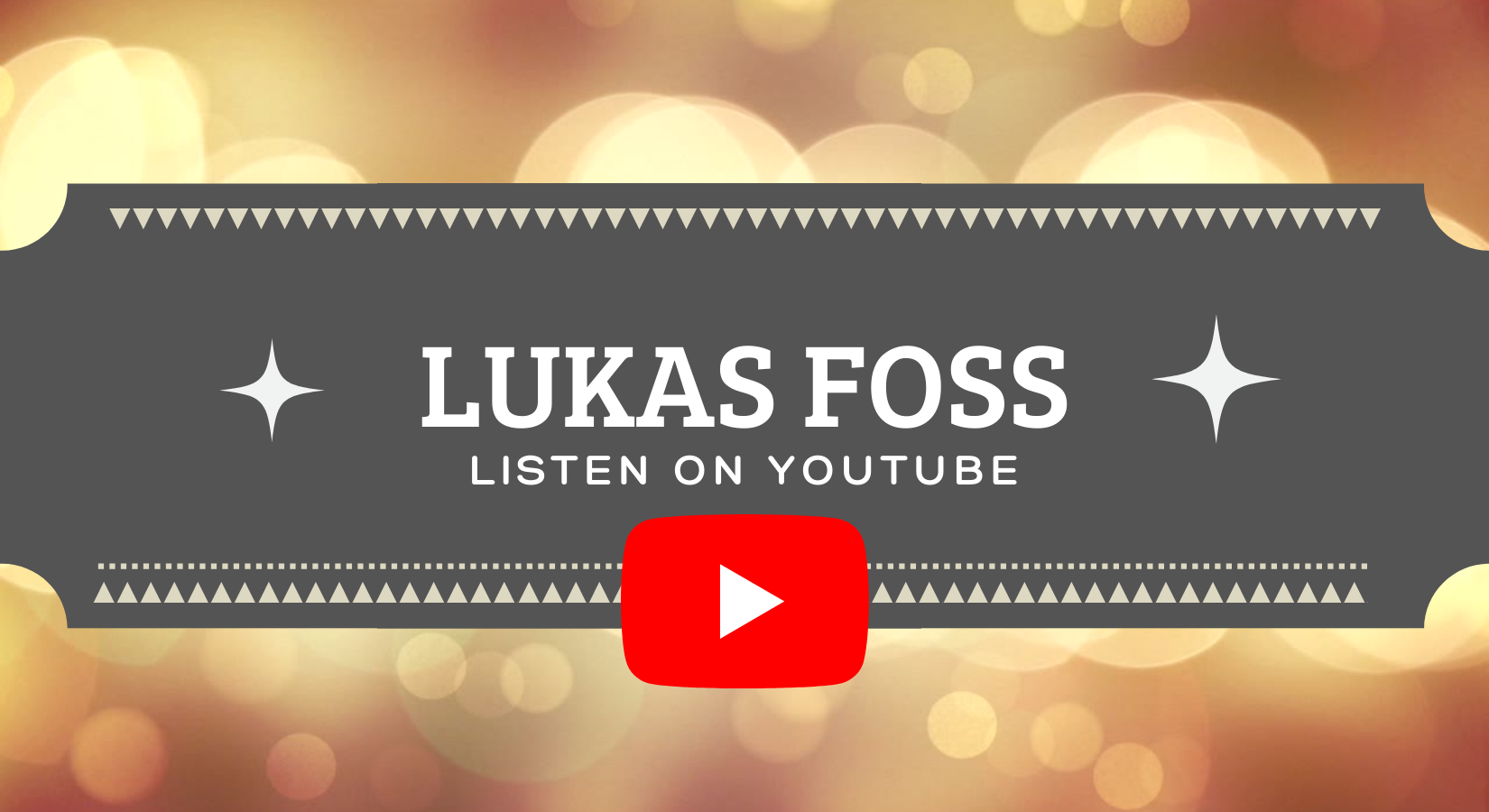 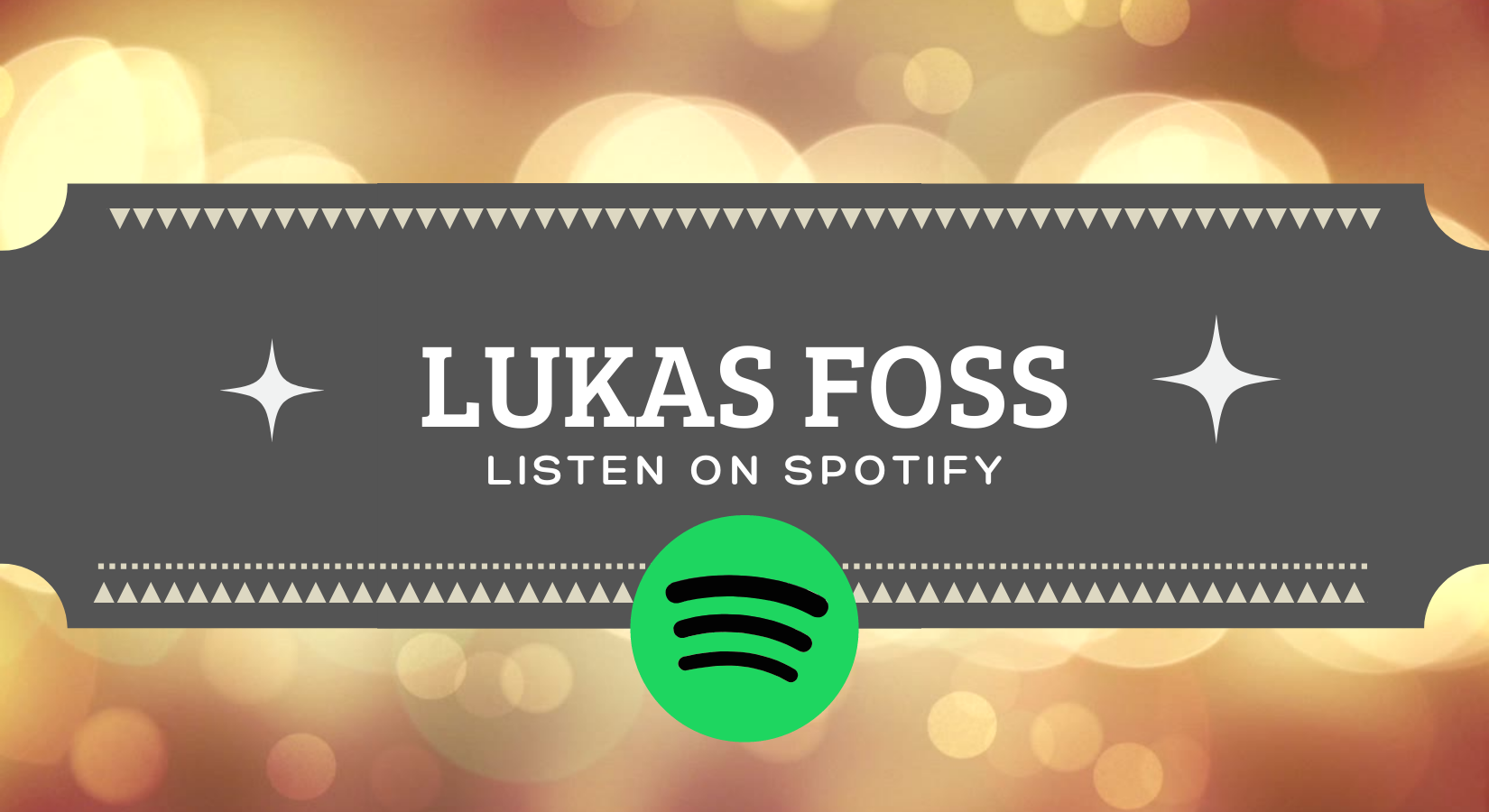 In commemoration of Foss' 100th birthday, JoAnn Falletta and the Buffalo Philharmonic, in collaboration with the University at Buffalo Department of Music, will present a concert featuring a variety of his works this fall, including his Ode for Orchestra, Three American Pieces, Symphony No. 1, and Renaissance Concerto, featuring flutist Amy Porter.

Click here for more information about the event, and watch Maestro Falletta discuss Foss' life and music with cellist Monte Hoffman in this recent interview.

THE COMPOSER IN HIS OWN WORDS 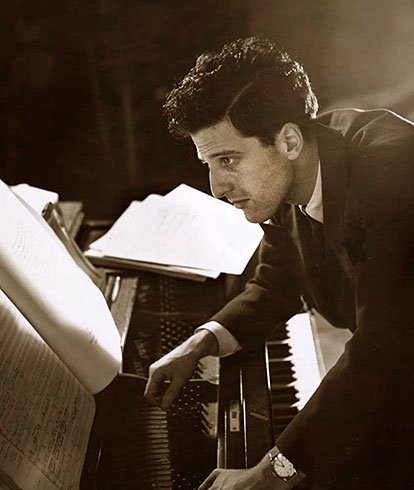 Let's face it, somebody who only knows old music might have a hard time with our new music, even when it's entertaining. And somebody who only knows new music also might have a hard time with my music, because my music is deeply rooted in the past; always has been and always will be. I became a musician because of Bach, Mozart, and Beethoven, and naturally my early impulse was to do it, too, which is what every beginner and every child wants to do. So that's how it started, and I don't see any need to hide that. Although there was a period in my composing — roughly from twenty to ten years ago — during which indeed I ventured out far into a no man's land, as far as any of my avant-gardist colleagues, if not further, that maybe you couldn't tell anymore in those pieces where I came from. I'd ventured so far out, but then, interestingly enough, around the time of the Bicentennial, when I got a commission to write my American Cantata, I found the need to be American again in my music, as I was in my early music. I started to combine my adventurousness of my more recent music with my earlier traditional style. And I found that I could be just as crazy, while being at the same time, to a certain extent, traditional! And that has been probably the earmark of my more recent music.

Visit www.CarlFischer.com/Lukas-Foss to learn more or to purchase his works, including many works previously out of print.